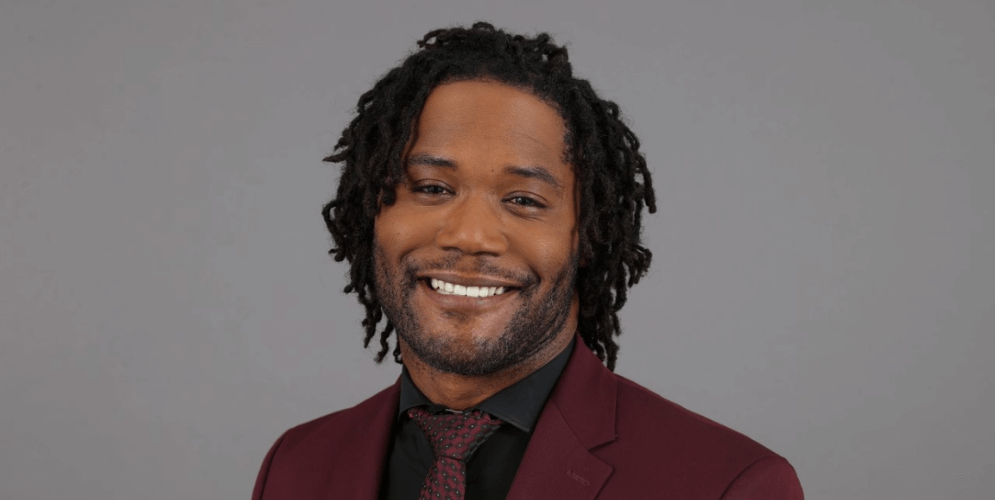 Super Bowl champion Michael "Real Mike Rob" Robinson is a winner in every way: on the football field and in his community. His innate athletic ability, kindness, commitment, and fast feet have taken him to legendary heights.

But the one place he most wanted to excel – as a dad – became much more difficult than he'd ever imagined, due to his feet. The man who helped lead the Seattle Seahawks to a dominant victory over the Denver Broncos in Super Bowl XLVIII was in too much pain to play in the backyard with his kids. 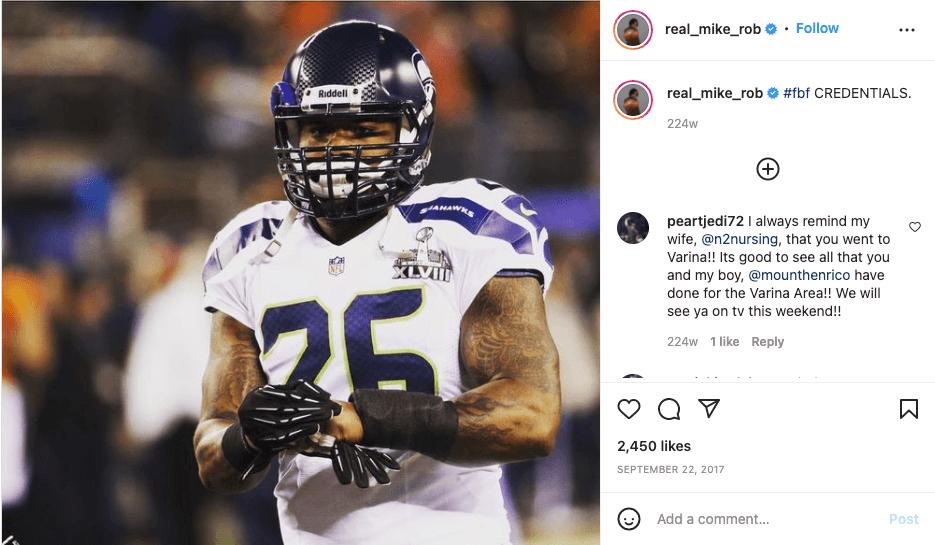 Michael's illustrious football career began at Varina High School in Richmond, Virginia, where as a 14-year-old freshman, his talent and drive earned him a place as their starting quarterback. Over the next four years, he proved to be an offensive powerhouse, leading the Blue Devils to four consecutive regional titles and two state playoffs.

Recruited by Penn State, "Magic Mike" earned a reputation as one of the most versatile offensive players in the game, playing quarterback, running back, tailback and split end. His senior year, Michael was starting quarterback and team captain. He set record after record and was named Big Ten Offensive Player of the Year, leading the Nittany Lions to a stunning three-overtime win versus the Florida State University Seminoles at the Orange Bowl.

He went on to play professional football for the San Francisco 49ers and the Seattle Seahawks, continuing to excel. And while football players endure all manner of injuries as part of the game, Michael's feet bore the brunt of the punishment.

For a football player, how your feet hit the ground means everything. Foot injuries have shortened a lot of professional football careers – including Michael's.

He says, "The game of football is about pain. From seven years old until I stopped playing at 31, I thought foot pain was going to be with me for the rest of my life."

Until, retired from professional football, he discovered The Good Feet Store.

In 2014, Michael helped lead the Seattle Seahawks to the franchise’s first Super Bowl victory. But his feet were in constant pain.

In 2015, now retired from professional football, he walked into Good Feet franchise owner Jonathan Cotten's store in Richmond, Virginia (Michael's hometown). Skeptical that Jonathan could offer him anything better than what the Seahawks had already done for him, he says, "I was an NFL player. They invested so much in my feet."

Where His Feet Have Taken Him Since

Despite stratospheric success on the football field, Michael has always viewed his athletic achievements as a platform for public service. In 2004, he conceived the idea for his foundation, Excel to Excellence, and brought this vision to fruition in 2010, the same year he joined the Seattle Seahawks. 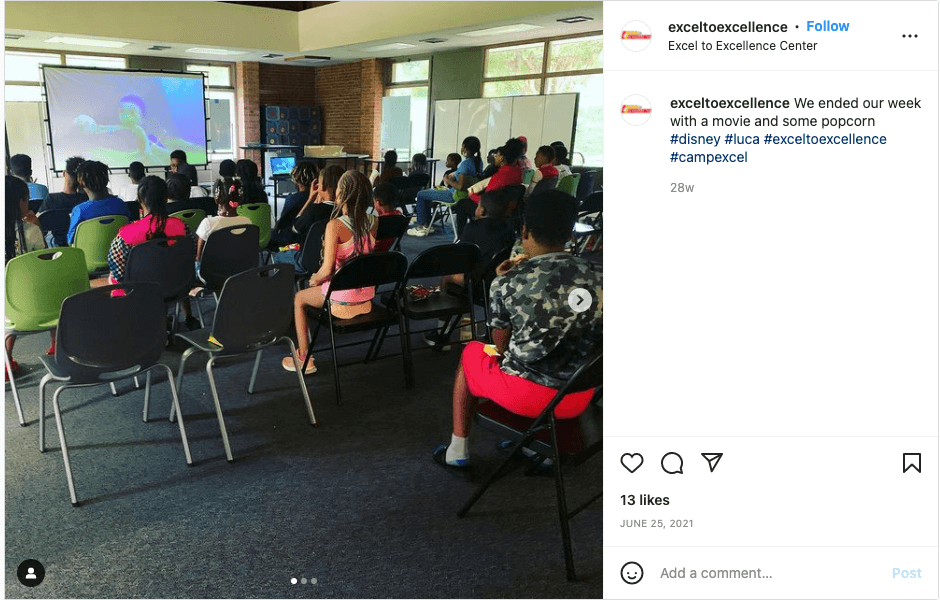 Having grown up in a challenging area that was ravaged by drugs, gangs, and violence, Michael felt compelled to make a difference in the neighborhood that forged him into who he is today.

"We owe it to this community to do the best that we possibly can," he says.

Excel to Excellence Foundation is about transforming communities. Their signature program, TEAM EXCEL, uses a "reverse fantasy football" model to motivate students to succeed in the classroom and in life.

The pilot program for TEAM EXCEL took place at Michael's alma mater, Varina High School, in 2014, the same year Michael won the Super Bowl and retired from professional football. Today, the program serves more than 200 students in four schools. The long-term vision: a National TEAM EXCEL League where students compete across the country based on Excel to Excellence's core values.

But, Michael, emphasizes, the focus is not only on athletic ability. "If they're going on to the National Football League, great job, I'm happy for them. But we want them to figure out what they're good at, so that they can be a functioning contributor to society, doing the best they can to learn the skills that are going to make them successful in life."

Having experienced first hand the difference that sports can make in a young person's life, Michael aims to guide under-served young athletes on and off the field to help them become the best version of themselves. Through local and national sponsorship and partnerships with youth organizations throughout the state, E2E Youth Football has grown into a year-round league offering multiple programs.

We invite you to visit Michael's foundations to discover how you can contribute your unique gifts to help today's youth to become tomorrow's leaders.

There are many ways to volunteer with Excel to Excellence, whose tagline is, "Redefining Success One Person at a Time." These avenues include Excel After School, which provides both a safe, structured after school care program, and tutoring by certified scholars for young people who need some extra educational support.

If E2E Youth Football calls to your athletic inclinations, you can support young players in becoming well-rounded leaders who value academic achievement and self-worth beyond the field. E2E is also the home of Virginia AAU Football, with both fall and spring seasons, each with a national tournament.

You're also welcome to reach out to Michael and his foundations via social media: 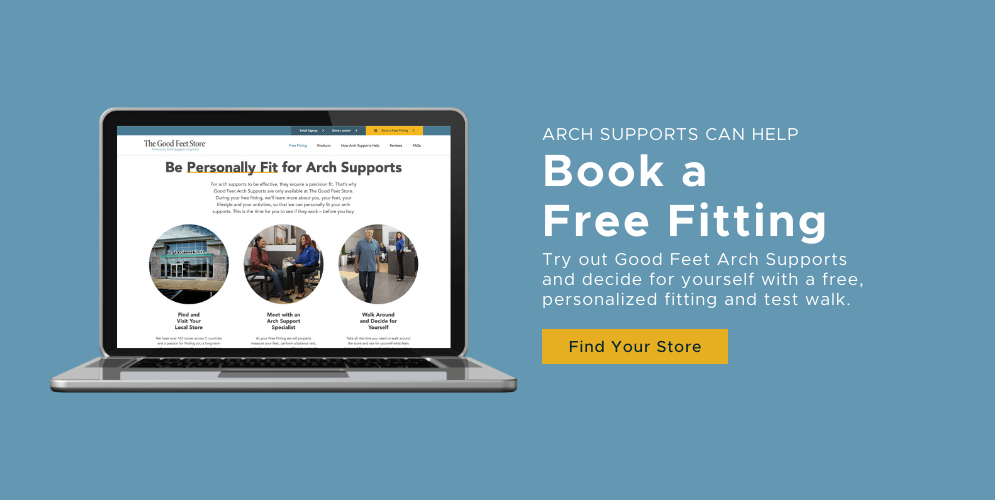 The Good Feet Store is a Long-Term Partner

The Good Feet Store is proud to be partnering with Michael to support his passion and the good work he is doing in his community and throughout the state of Virginia – with the goal of expanding his vision into a national movement.

Good Feet recently donated a van to help Excel to Excellence transport kids to Excel After School, to Mike Rob's Football Camp, and to wherever else transportation is needed in support of his foundations.

Michael's dedication and appreciation are as remarkable as his skill on the football field. And he's as committed to The Good Feet Store as we are to him.

"Getting with a company that takes your feet seriously, treating them as part of your health, was something I had never heard before. I thought, that's a company I want to align with, that stands for some of the same things I do," he says.

"I look forward to meeting everybody at The Good Feet Store, because you've got great people. I want to have engaging conversations with great human beings."

Now he can play in the yard with his kids for as long as they want.

"No longer am I feeling tired from being on my feet. I'm feeling revitalized after standing – and that's a big deal to somebody who used to come off the field because his feet hurt so bad.

We encourage you to read some of our numerous reviews from grateful Good Feet customers. Then come into any of the 180+ Good Feet stores nationwide, for a Free Fitting and Test Walk that could change your life, as it has changed Michael's.

Don't let pain sideline you from your passions, or from living the life you love. We're always ready to become your long-term partner for pain relief and comfort. 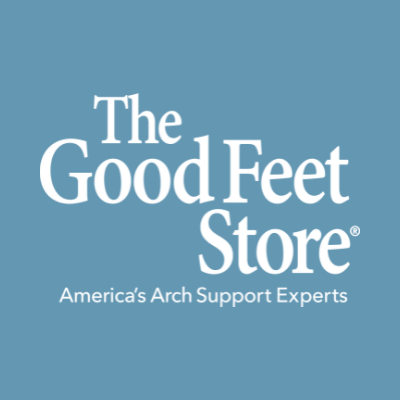 Written by The Good Feet Team | View all Posts

Good Feet began as a family-owned business in 1992, with a mission to help people who – like the company's founders – suffered tremendous foot and back pain that diminished their quality of life. Good Feet Arch Supports are designed to relieve foot, knee, hip, and back pain and are personally-fitted to you by an Arch Support Specialist. 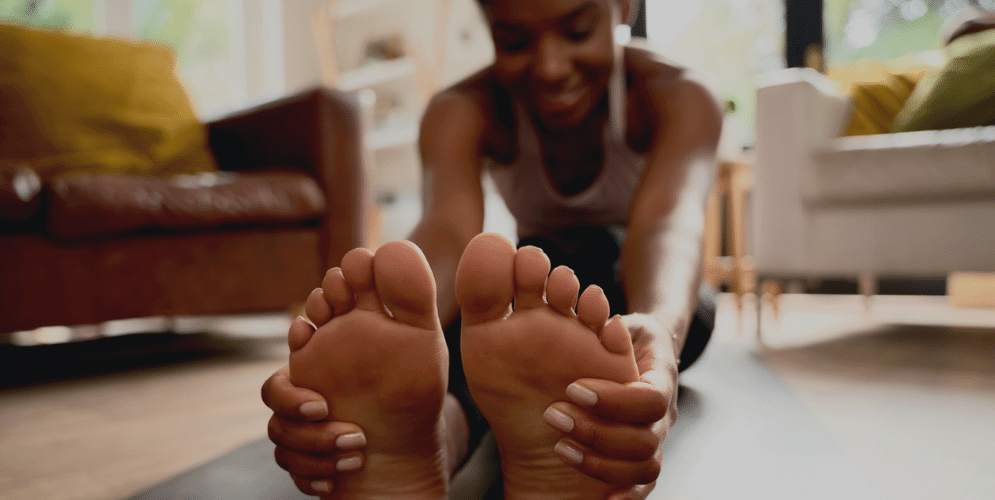 Your Feet – And Why They Are Underrated 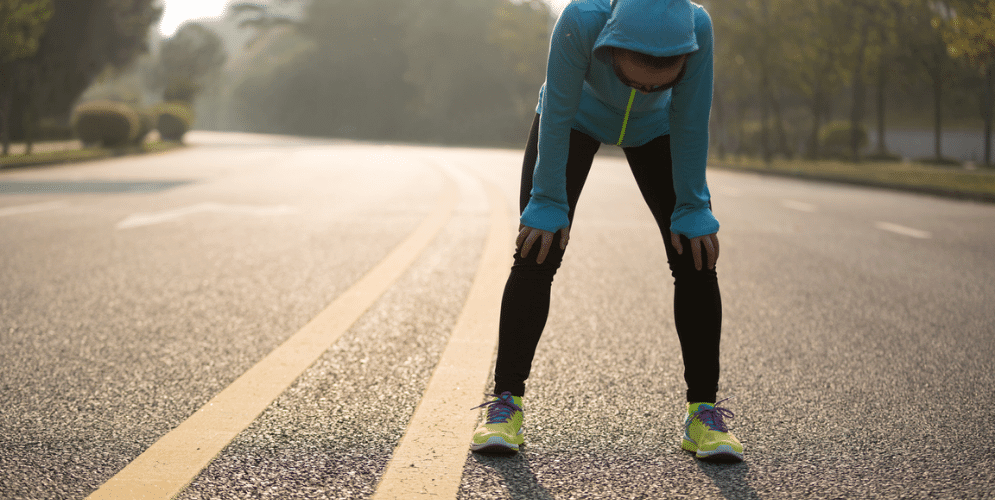 Why We Care About Your Feet (Hint: It Has To Do With Your Body Pain) 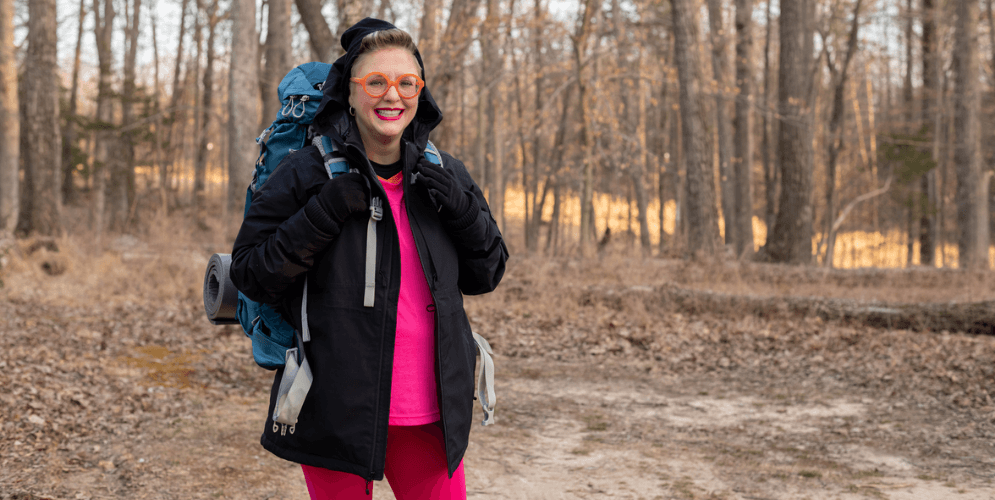 The Life Behind The Good Feet Store Reviews – Deedra 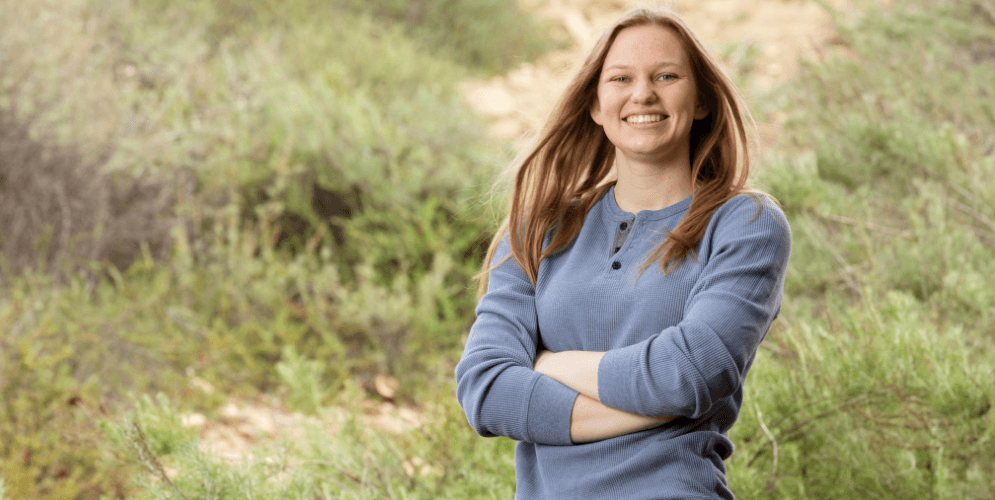 The Life Behind The Good Feet Store Reviews – Moira 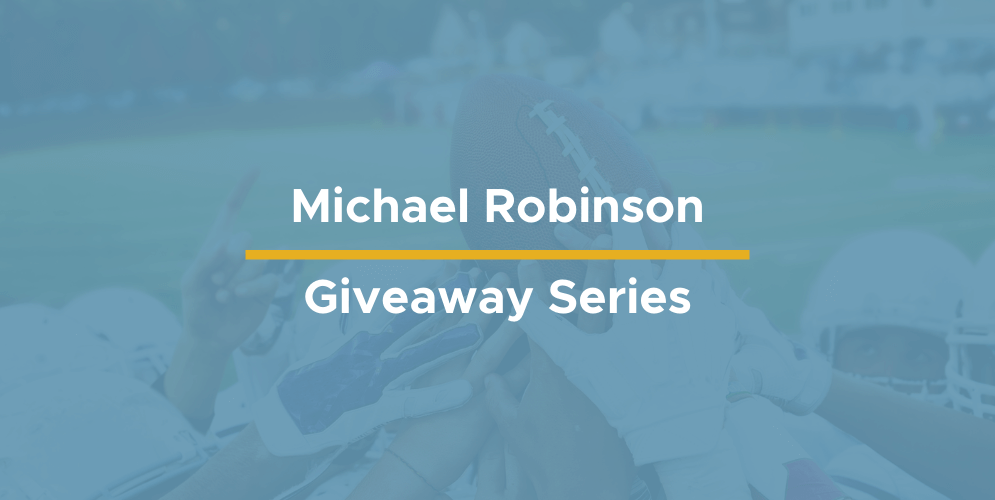 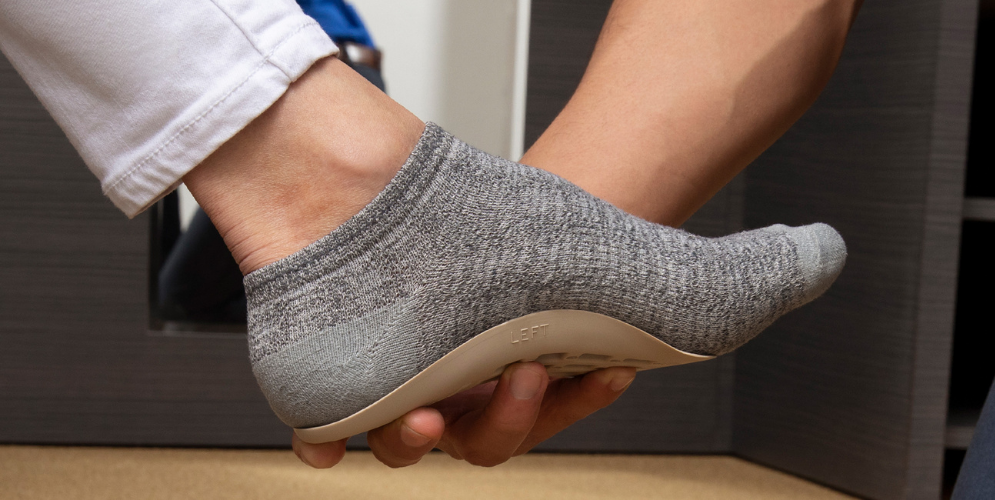 How To Wear and Care For Your Good Feet Arch Supports 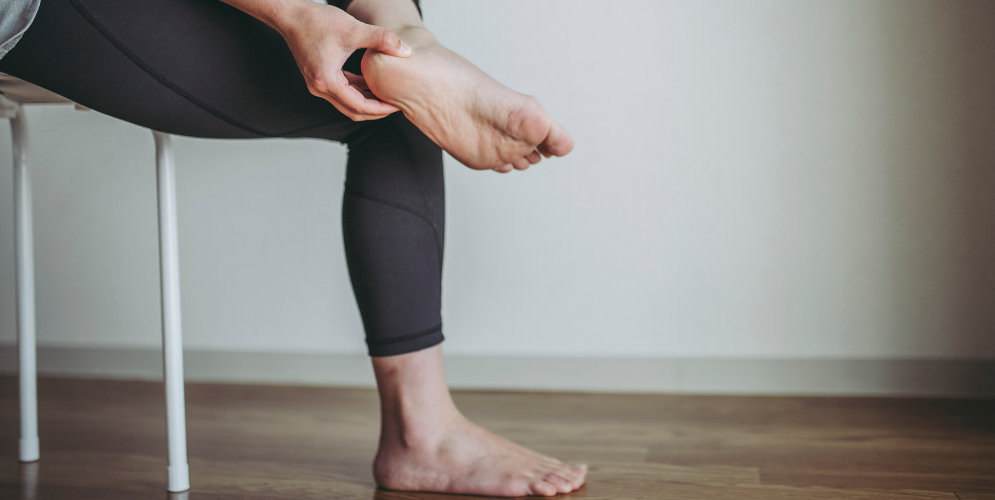 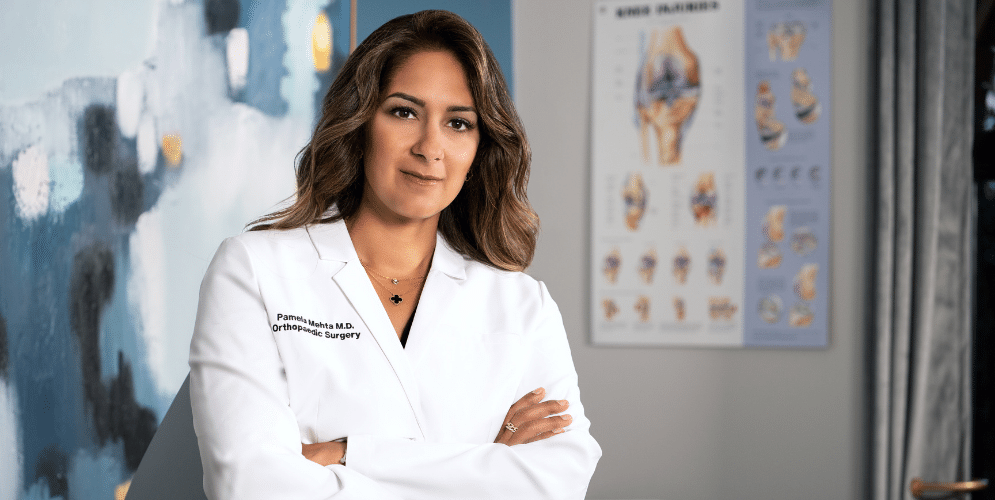 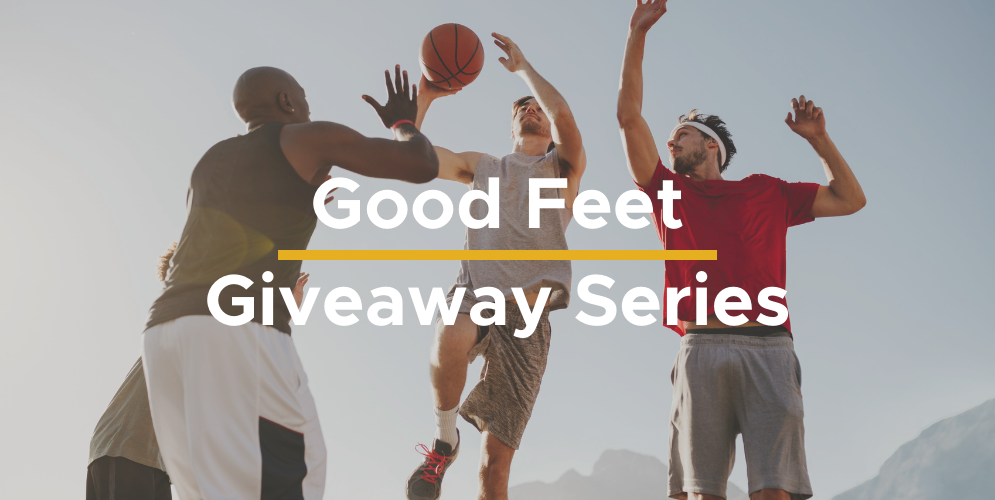 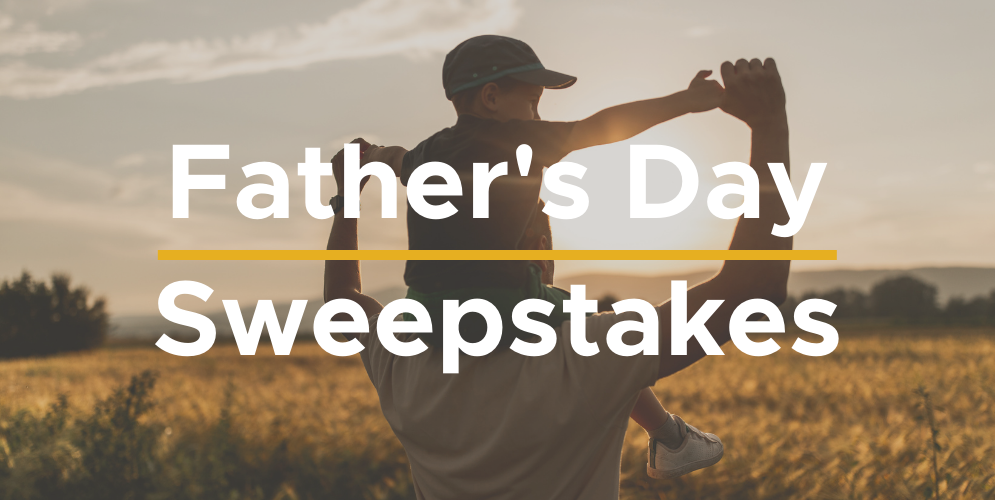